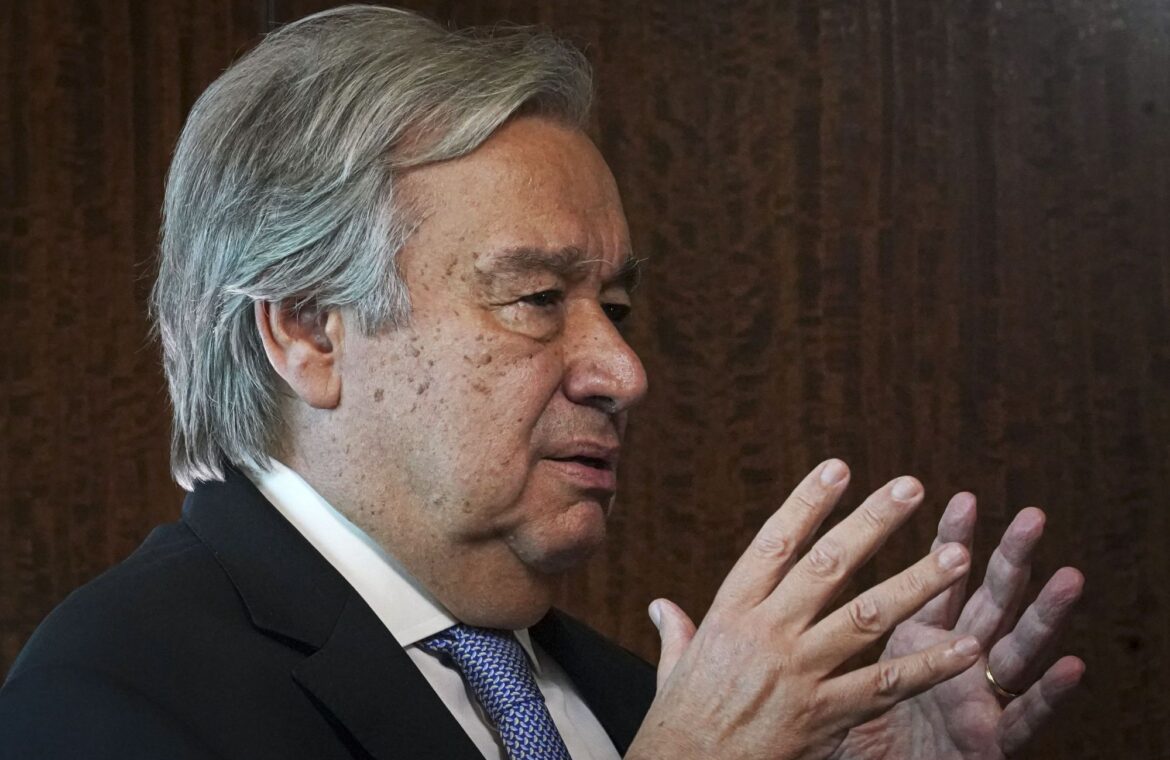 UNITED NATIONS (AP) — U.N. Secretary-General Antonio Guterres called on Monday for a global fight on two fronts — one against the coronavirus pandemic and the other against “the poison” of anti-Semitism and hatred of Muslims, migrants, refugees and many others.

Even before the virus struck earlier this year, the U.N. chief said there was a surge in anti-Semitism, anti-Muslim hatred, racism and other forms of discrimination.

“And with COVID-19, another virus has spread — anti-Semitism and hatred of many kinds,” he said.

Guterres pointed to “a steady stream of prejudice” in recent months from anti-Semitic assaults, harassment and vandalism to Holocaust denial and a guilty plea in a neo-Nazi plot to blow up a synagogue.

He was speaking after receiving the highest award from the World Jewish Congress, named for Theodore Herzl, the founder of modern Zionism whose vision led to the establishment of the state of Israel.

It was awarded virtually, because of the pandemic, by former U.S. Secretary of State Henry Kissinger, a previous recipient. The event was held on the 82nd anniversary of the Nazis’ Kristallnacht, or “Night of Broken Glass,” pogrom against Jewish synagogues, schools, hospitals and homes.

Guterres, who is Portuguese, recalled coming of age in Europe as it was recovering from World War II and the Nazi Holocaust.

“To see neo-Nazis and white supremacists on the march today is bone-chilling,” he said. “To see them infiltrating militaries and security establishments heightens the danger further still.”

As the world tries to tackle the COVID-19 pandemic, Guterres said, “age-old blood libels have been given new life.”

“Other groups have also been falsely accused – and faced not just vilification but violence,” he said. “Meanwhile, disinformation and conspiracy theories have gained alarming ground.”

Hel decried “the same venom” that is dehumanizing and scapegoating those who are viewed by some people as “the other.”

But Guterres said there is hope.

“It is within our power to emerge from the pandemic with stronger communities, and more cohesive societies, by addressing the inequalities and injustices that have been exposed so starkly,” he said.

He urged people everywhere to “stand together against hatred in all its forms.”

“Our world today needs a return to reason -– and a rejection of the lies and loathing that propelled the Nazis and that fracture societies today,” he said.

To achieve this, Guterres said, “solidarity within and among countries will be crucial” and individuals must speak out even when they’re not in the firing line.

“Hatred doesn’t discriminate,” he said. “Let’s remember what history tells us about the descent into repression and violence: one day it is your neighbor under attack, the next it is likely you.”