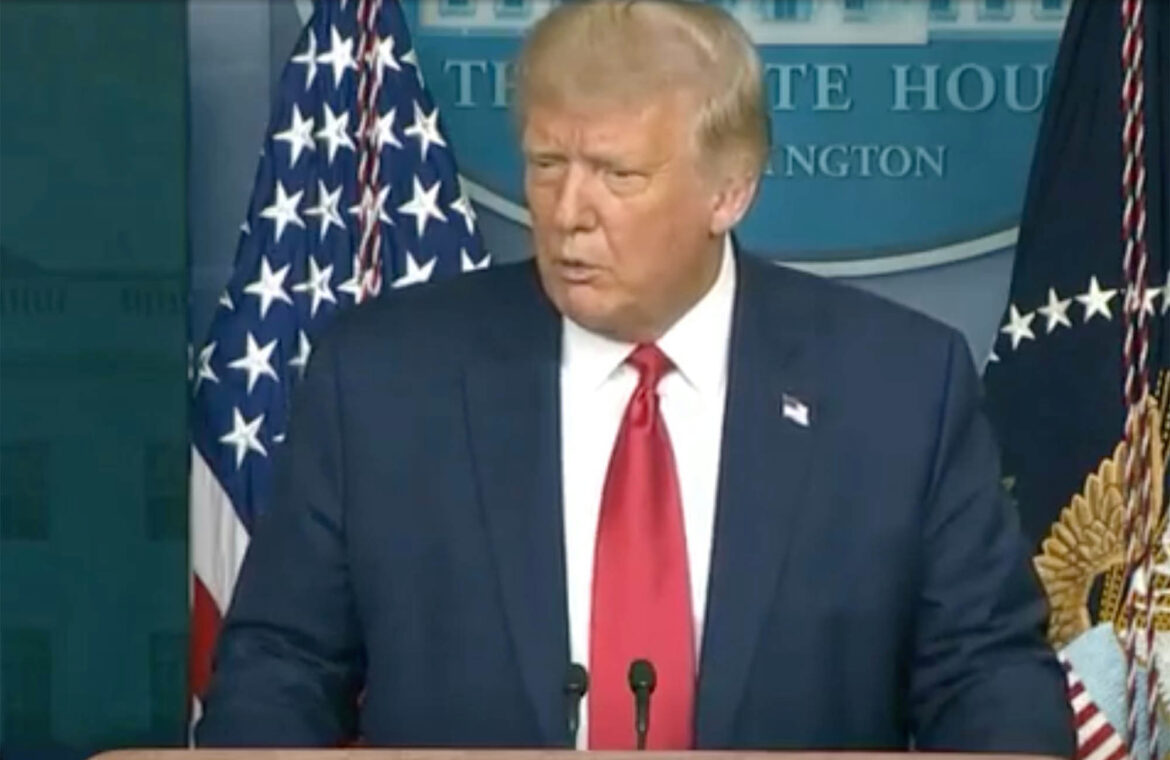 Redfield told a Senate subcommittee hours earlier that the public won’t receive a potential vaccine until summer 2021. He also said wearing a face mask probably is better protection against COVID-19 than will be a vaccine.

“I think he made a mistake,” Trump said at a White House press briefing.

“We’ll be able to distribute at least 100 million vaccine doses by the end of 2020 and a large number much sooner than that,” Trump said. “Under no circumstance will it be as late as the doctor said.”

Trump said that he called Redfield to express his displeasure.

“When I called up Robert today, I said to him, ‘What’s with the mask?’ He said, ‘I think I answered that question incorrectly.’ I think maybe he misunderstood it, I mean you know, you have two questions — maybe misunderstood both of them.”

The CDC did not immediately respond to a request for comment from The Post about whether Redfield misspoke.

Trump called upon his coronavirus adviser Dr. Scott Atlas to confirm that Redfield was incorrect about the likely speed of vaccine distribution. Atlas said current plans would see production of 700 million vaccine doses by the end of March.

Atlas said that “all the refrigerators that are necessary, everything is going to be a place for this,” meaning distribution delays won’t push public vaccination til summer.

Trump rarely wears a mask and said “a vaccine is much more effective than the mask.”

Redfield told senators that “this face mask is more guaranteed to protect me than the vaccine.”

The CDC leader said about vaccine distribution: “There will be vaccine that will initially be available sometime between November and December, but very limited supply and will have to be prioritized … If you’re asking me when is it going to be generally available to the American public so we can begin to take advantage of vaccine to get back to our regular life, I think we’re probably looking at late second quarter, third quarter 2021.”

On Wednesday, the Defense Department and Department of Health and Human Services released plans for vaccine distribution amid hopes for positive results in October from clinical trials.

The Trump administration plan calls for rapid distribution of a vaccine free of cost and anticipates two doses administered 21 to 28 days apart. Health care workers and vulnerable people would be prioritized in the first wave.