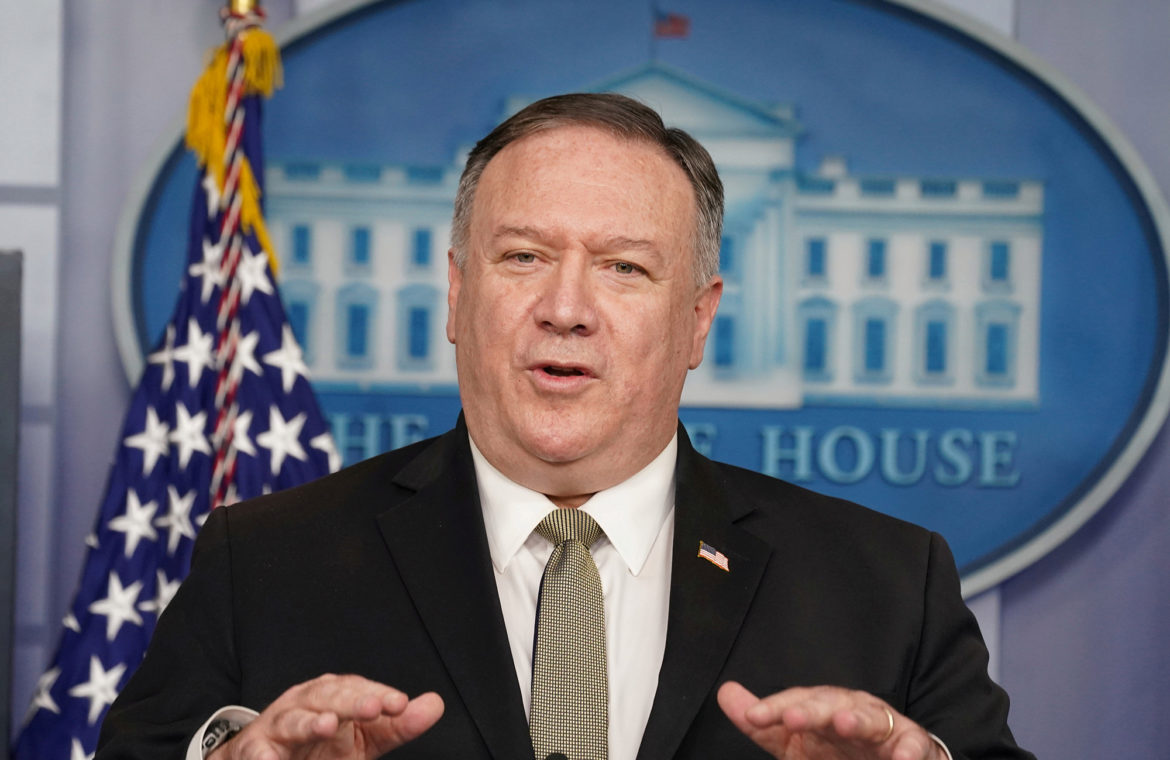 Secretary of State Mike Pompeo announced Wednesday that the government has brought home more than 50,000 Americans who have been stranded abroad since the start of the coronavirus pandemic.

Speaking at the daily White House coronavirus task force press briefing, Pompeo said the effort from the State Department to repatriate Americans abroad is “without parallel in our lifetime.”

“We have bought more than 50,000 Americans back home from more than 90 counties,” Pompeo said. “This an effort that is without parallel in our lifetime.”

Pompeo noted that there are still several thousand Americans in foreign countries and said the situation about getting them home requires to reach out the State Department to start the repatriation process.

“We still have several thousand people that we’re working to bring home,” he said. “We chip away at that every day. We’ll keep up as long as we have the resources.”

Pompeo added: “We’re going to be done when people can travel on their own again. We hope that day comes pretty soon.”

Since the outbreak began, the State Department has ramped up its efforts to bring Americans back to the country – contracting private aircraft and sending military planes to retrieve those unable to return home amid the global coronavirus pandemic.

Last week, the State Department chartered a flight to Nigeria to fly 150 passengers into Dulles International Airport in Virginia, outside of Washington, DC. Pompeo also mentioned that the State Department has haired river boats in Peru to rescue Americans stranded in the Amazon rain forest.

A US women’s tackle football team was airlifted out of Honduras on March 20 after being stranded there for about a week. The US Air Force, US Transportation Command and SOUTHCOM, which oversees military activities in Latin America, had airlifted the 55-member team to Charleston, SC, according to Jonathan Rath Hoffman, assistant to the Secretary of Defense for Public Affairs.

Pompeo has recently urged Americans abroad to register with their local embassy or online via STEP, the State Department’s Smart Traveler Enrollment Program, to “work your way back here.” He warned, however, that the department couldn’t “guarantee the US government’s ability to arrange charter flights indefinitely where commercial options no longer exist.”

On March 18, the State Department issued an advisory urging all Americans to return stateside as soon as possible or shelter in place abroad indefinitely.  It continues to mount an unprecedented effort to repatriate citizens within a short window of time after countries closed their borders and grounded international flights.

Some stranded Americans have blamed the State Department for issuing the travel advisory too late and have lamented about a lack of information from US embassies.

“I don’t know how the State Department screws up that bad, but it was comical at first, I was laughing,” Ronald Coleman, an American stranded in Peru, told Foreign Policy on March 26. “And then I think about it and immediately my confidence dropped in how they’re handling it and how organized they are in handling this effort.”

The US has placed a number of restrictions on non-essential incoming travel at the northern and southern border, as well as from Europe, China, and Iran, but those restrictions do not apply to US citizens or legal permanent residents.