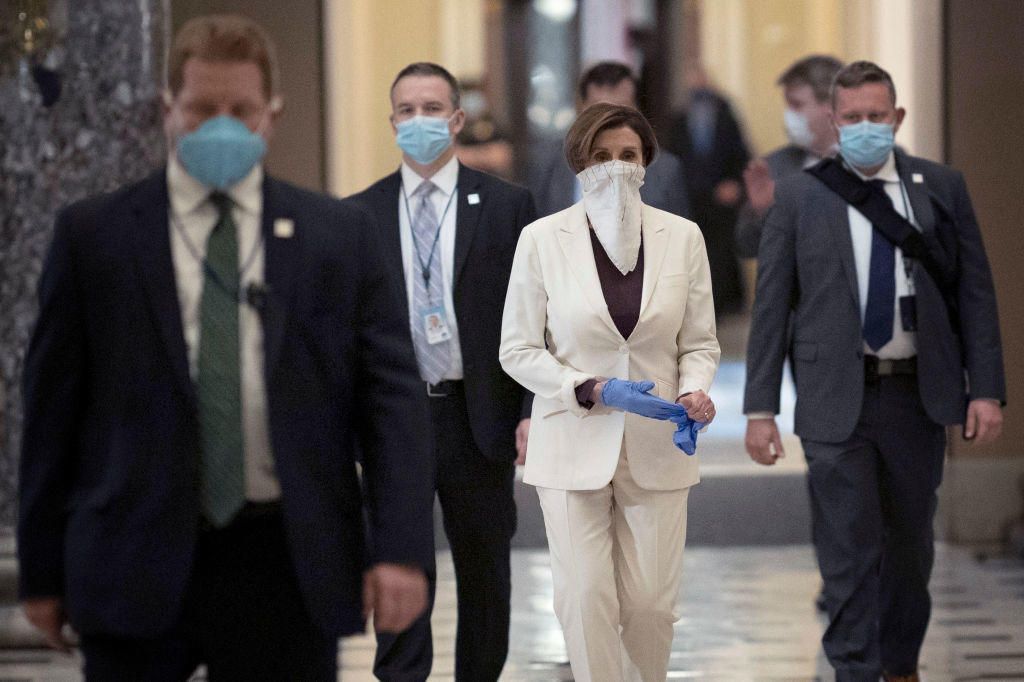 Washington — House Speaker Nancy Pelosi unveiled Democrats’ proposal for the next phase of coronavirus relief legislation on Tuesday, releasing a massive legislative package that Democrats hope to bring to a vote as early as Friday.

The text of the bill, which spans more than 1,800 pages, includes assistance to state and local governments, hazard pay for frontline health care workers, forgiveness of student debt and bolstering Medicaid and Medicare. The bill is known as the Health and Economic Recovery Omnibus Emergency Solutions Act, or HEROES Act.

The bill also includes provisions to assist farmers, protect renters and homeowners from evictions and foreclosures, and extend family and medical leave provisions previously approved by Congress. The legislation would also provide relief for essential workers, such as aviation, rail and Amtrak workers, as well as extend work visas for immigrants.

“We are presenting a plan to do what is necessary to address the corona crisis,” Pelosi said in remarks at the Capitol announcing the legislation, explaining that the bill’s priorities were “opening our economy safely and soon, honoring our heroes, and then putting much needed money in the pockets of Americans.”

In an interview with MSNBC on Monday evening, Pelosi said there is a “monumental” need for the next legislative package, with a focus on helping struggling Americans and cash-strapped states and localities.

“We have a big need. It’s monumental. And therefore, it’s a great opportunity to say: let’s work together to get this done. There’s a way to open the economy based on science, testing, testing, testing and let’s get on with it. That’s what we’re here to do,” Pelosi told MSNBC anchor Chris Hayes.

Republican Senate Majority Leader Mitch McConnell has suggested it is unnecessary to immediately begin work on a new aid package. He said during an appearance at a livestream event for the Trump campaign that he intends to “hit pause” on coronavirus relief funds.

“We now have a debt the size of our economy,” he noted. “So I’ve said, and the president has said as well, that we have to take a pause here and take a look at what we’ve done.”

Congress in March passed three massive legislative packages to offer coronavirus relief, including a $2 trillion package which expanded unemployment insurance and created a loan program for small businesses. In April, Congress passed an interim bill to bolster funding for the loans, known as the Paycheck Protection Program, which quickly ran out of funds.

Governors and mayors across the country have called for financial assistance from the federal government. Pelosi suggested on Monday that the next legislative package include assistance for states and localities, as well as hazard pay for frontline health care workers.

McConnell and House Republicans have previously indicated that they would want to see liability protections for businesses and health care employers in the next phase of coronavirus relief legislation.

Cuomo calls for legislation with “no handouts to greedy corporations”

Use this texting trick to undo the damage and force any man to fantasize about you.
Grab His Attention With this Text