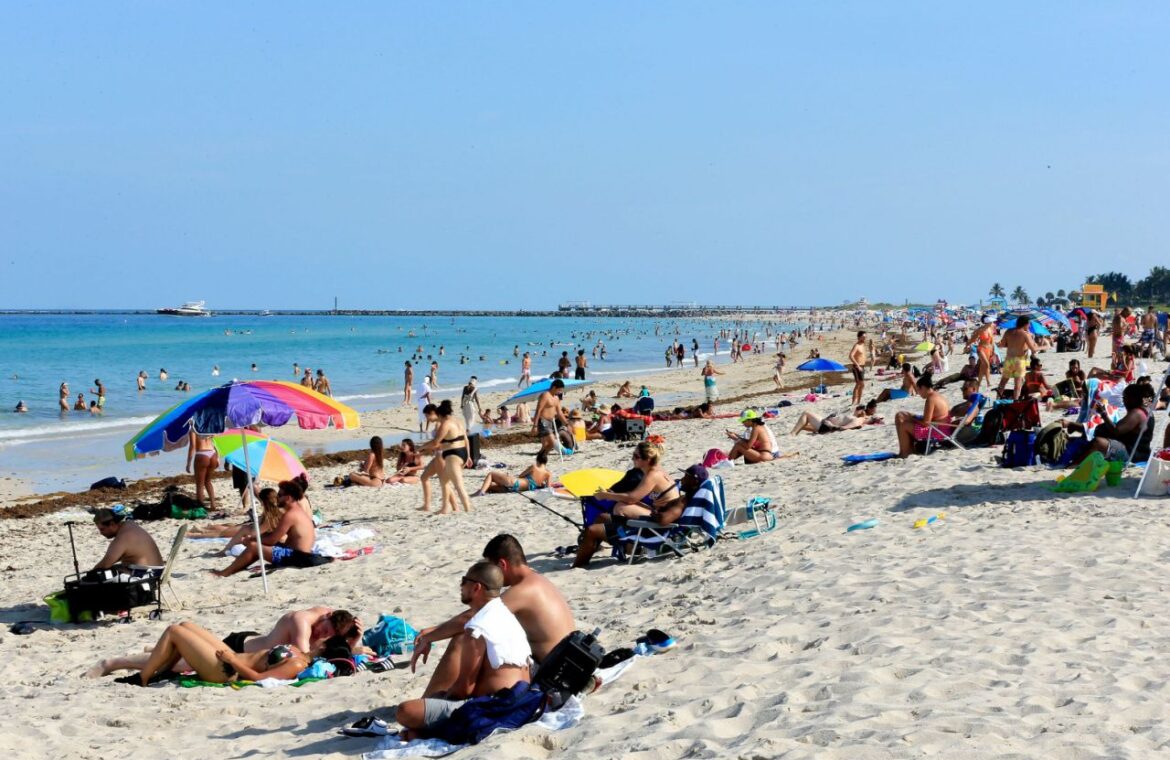 The spike in coronavirus cases in Florida, Arizona, Oregon and other Southern and Western states can be traced back to around Memorial Day, when officials began loosening their lockdowns, health experts said Monday.

And in about two weeks, hospitals in those states could find themselves struggling to find enough beds for patients, one of the nation’s top public health experts warned.

“In some smaller Southern towns, the per capita rates of infections could be as high as New York City was at its peak,” Dr. Erik Toner of the Johns Hopkins Center for Health Security said.

In the last 14 days, Oregon has reported a 234.4 percentage jump in infections, Oklahoma jumped by 202 percent, Florida’s number increased by 155 percent, and Arizona’s confirmed coronavirus cases climbed by 142 percent, according to an NBC News analysis of state health department figures.

Texas, Utah, Arkansas, Louisiana and more than a dozen other states — as well as Guam and the Virgin Islands — had increases in the numbers of reported cases in the last two weeks.

“It’s basically the same reason for all these states: It was Memorial Day,” Toner said. “And in the last week of May, most states began to seriously relax community mitigation efforts.”

Toner said that as lockdowns are relaxed, “we will see a rise in coronavirus cases.”

“The question is how high will they rise,” he said. “Oregon, for example, has done a good job of dealing with the pandemic, and if people adhere to wearing face masks and social distancing, it may not be bad. But some Southern and Western states have gone out of their way to not wear face masks or practice social distancing, and we expect it to be much worse.”

Oregon Gov. Kate Brown, a Democrat, delayed reopening four of the state’s most populous counties this month when cases started to climb.

The Republican governors of Arizona and Florida have move been more aggressive with reopening, sometimes over the objections of local hospital officials.

Texas Gov. Greg Abbott, a Republican, warned Monday that “additional measures are going to be necessary” and that he may clamp down on businesses that don’t require masks if the number of cases continues to climb.

“There are certain counties where a majority of the people who are tested positive in that county are under the age of 30, and this typically results from people going to bars,” Abbott said.

Abbott last week blamed Memorial Day celebrations, along with a rise in the number of prison inmates who contracted the virus, for the dismal new data.

Louisiana Gov. John Bel Edwards, a Democrat, announced Monday that he would delay the next phase of the state’s reopening for 28 days.

“This remains a very contagious disease,” Edwards said. “There are a lot of people out there saying they are done with this virus. Well, the virus isn’t done with us.”

Just a couple weeks ago, the governor reported that the state had escaped from Memorial Day unscathed.

Dr. Paul Cieslak, senior health adviser to the Oregon Health Authority, said Oregon’s “recent rise in cases is due to a combination of many factors.”

“We’ve had quite a few workplace outbreaks, increased contact tracing and testing, a large outbreak in Union County and finally just more community spread,” Cieslak said. “But we still have a very low per capita case and death count and have the fifth-lowest cases per capita among states as measured by the CDC.”

President Donald Trump and allies, including Florida Gov. Ron DeSantis and Arizona Gov. Doug Ducey, have attributed the rise in cases to more testing, a claim most health experts say is at best partly true.

Ducey also suggested another uniquely Arizona reason for the spread of the virus last week. “We’re indoors in the summers,” he said.

Ducey, as well as DeSantis and Abbott, have all insisted that their states have enough intensive care beds to handle any surge.