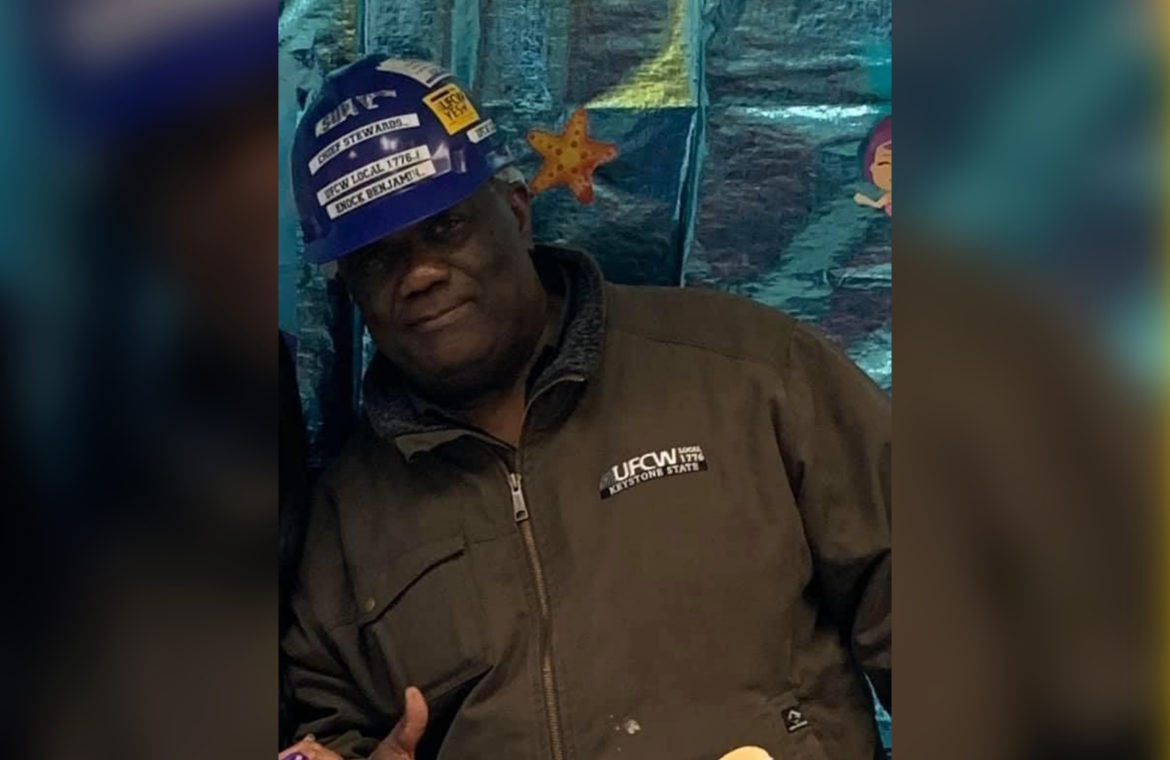 The family of a Philadelphia meat worker is suing his employer after he died of the coronavirus.

Enock Benjamin, a Haitian immigrant, died of respiratory failure caused by COVID-19 on April 3 after working at a JBS slaughterhouse.

The lawsuit filed Thursday in Philadelphia Common Pleas Court claims the facility began ramping up production in March while forcing staff to work in cramped quarters without protective equipment.

“By choosing profits over safety, JBS demonstrated a reckless disregard to the rights and safety of others, including Enock Benjamin,” the lawsuit claims.

Benjamin’s lawyers are suing the company for wrongful death and negligence.

JBS did not immediately respond to a request for comment Thursday night.

The litigation appears to be the first of its kind within an industry where working conditions have allowed the coronavirus to thrive.

Plants across the country have closed, threatening the nation’s meat supply.

By the end of April more than 5,000 US meat and food-processing workers were infected or exposed to the coronavirus, while at least another 20 had died, the largest US meat-packing union said.

President Trump in late April invoked the Defense Production Act to deem meat plants essential infrastructure and signed an executive order to compel the facilities to remain open. Trump at the time said the order would shield the companies from liability.

“We’re going to sign an executive order today, I believe, and that will solve any liability problems,” Trump said.

Though Democrats had cast doubt on how far that liability would extend.

The suit alleges that JBS, a massive beef-processing company, has overseen COVID-19 outbreaks at least at seven of their meat plants across the country.

At Benjamin’s plant in Souderton, Pennsylvania, JBS added a “Saturday kill” shift in March to keep up with an increased meat demand. After the first worker fell ill with the virus, only workers who came “in direct contact with the individual for extended periods of time” were allowed to take off, according to the lawsuit.

The plant finally shut down for a cleaning after multiple workers became infected on March 27, the lawsuit claimed

“Despite the skyrocketing risk of COVID-19 infections for workers, the JBS Defendants ignored the safety of workers and required them to report for duty each day in cramped conditions and without adequate PPE,” the suit reads. Use this texting trick to undo the damage and force any man to fantasize about you.
Grab His Attention With this Text