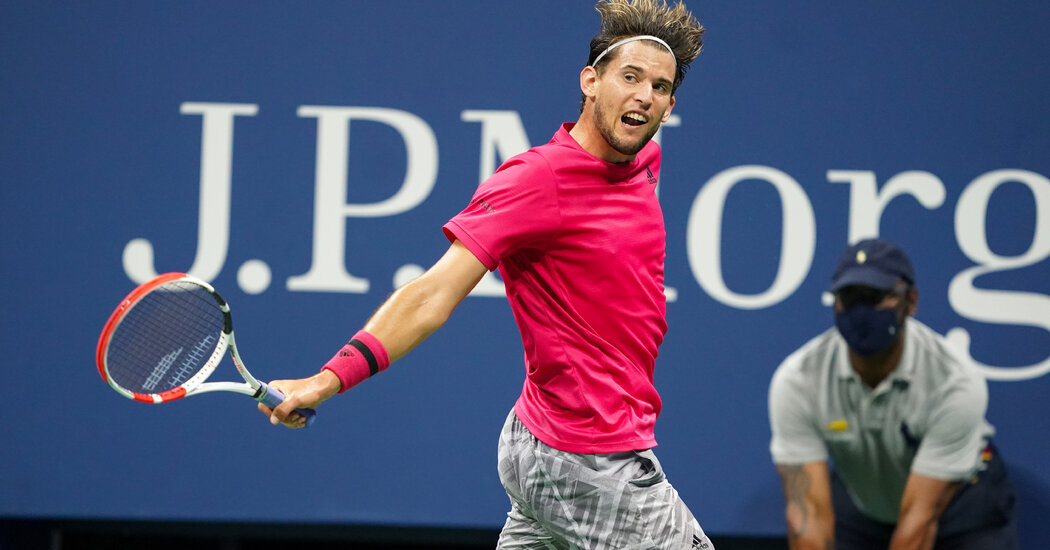 Dominic Thiem has certainly paid his dues in the long-running era of the Big Three. And on Sunday, with Novak Djokovic, Rafael Nadal and Roger Federer all out of the picture, Thiem will get his next and best chance to win his first Grand Slam singles title.

He earned it on Friday with a 6-2, 7-6 (7), 7-6 (5) semifinal victory over Daniil Medvedev at the United States Open that was much more grinding and draining than a normal straight-set affair.

“Definitely anything but,” Thiem said, with sweat dripping off his face and clothes during the post-match interview.

Thiem, the No. 2 seed from Austria, had to rally from a service break down in each of the final two sets against the unpredictable Medvedev and had to save a set point in the second-set tiebreaker.

But despite two falls in the match that left him shouting about his shoes, Thiem was the more balanced and steady threat, and he will now face Alexander Zverev in the final on Sunday.

Murray, the British star, lost his first four major finals before finally breaking through to win the U.S. Open in 2012.

Thiem has beaten all three of the Big Three (and Murray) on multiple occasions, but throughout his career, they have blocked his path at the Grand Slam tournaments that matter most. This time, he did not have to face any of them and will be the favorite against Zverev, whom he has beaten seven times in nine matches, including all three of their Grand Slam duels.

Thiem defeated Zverev in their most recent match, in the semifinals of this year’s Australian Open.

It was the first time in Zverev’s relatively short career that he had won a match after losing the first two sets. But what mattered most to Zverev was taking one more giant step toward a major title.

The Grand Slam opportunity for Thiem and Zverev arrived at a time when the U.S. Open had already flung wide open.

It was an unusual event to begin with: staged in the midst of the coronavirus pandemic with no fans in the stands and players forbidden from traveling to their usual playgrounds in Manhattan from the tournament site in Queens. It also began without Federer, who was injured, and the reigning champion Rafael Nadal, who chose to stay in Europe to focus on clay court tournaments, including the upcoming French Open.

Djokovic, and though he did make the trip to New York, he knocked himself out of the tournament in the fourth round against Carreño Busta when he struck a ball in frustration and inadvertently hit a line judge in the throat. He was defaulted for unsportsmanlike conduct, which guaranteed that someone would win their first Grand Slam singles title.