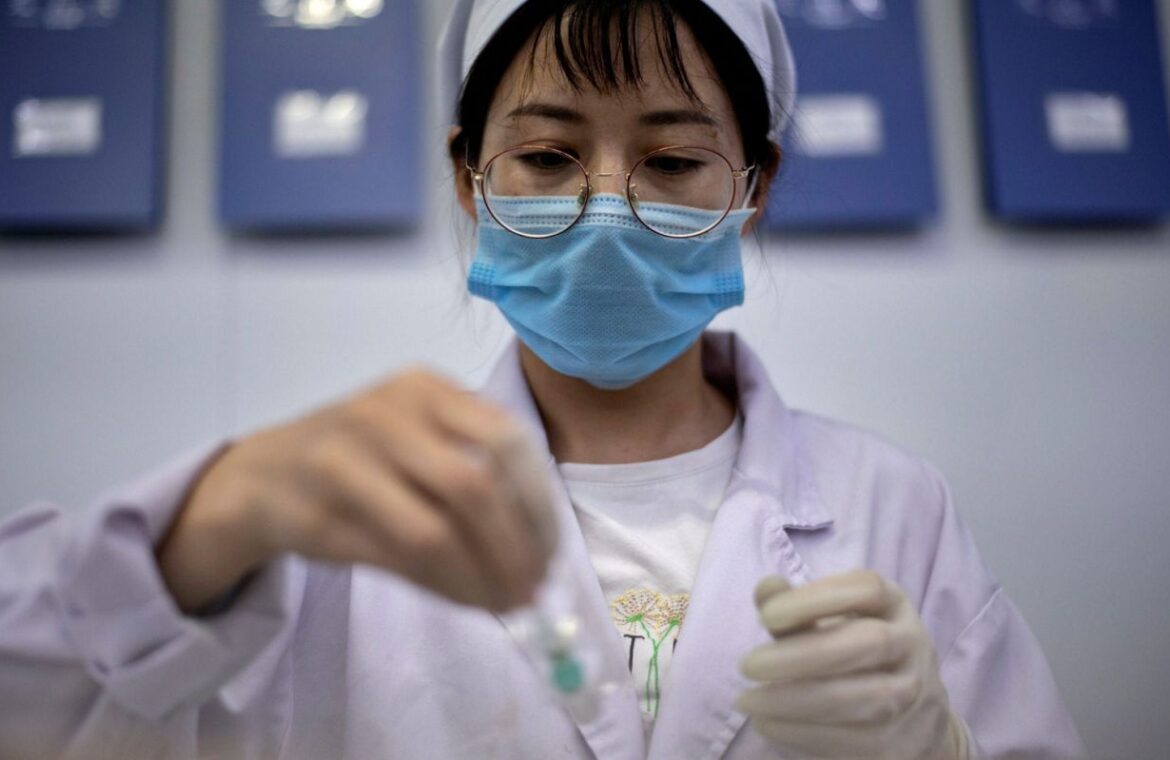 China’s military has approved a coronavirus vaccine developed by its own research staff and a Chinese biotech firm, it was announced on Monday.

The vaccine was given the green light for use by troops after trials proved it was both safe and effective, said CanSino Biologics, the biotech firm involved.

However, its use for the time being will be restricted to military personnel, who offer a tighter medical control group than the general public.

The vaccine candidate, named Ad5-nCoV, was developed jointly by CanSino and the Beijing Institute of Biotechnology in the Academy of Military Medical Sciences. It has been in development since March.

CanSino said the results showed the vaccine candidate has potential to prevent diseases caused by the coronavirus, which has killed half a million people globally.

The company added that it was not yet possible to say if it could be a commercial success, which would depend on being able to produce the vaccine cheaply as well as safely.

It declined to comment on whether the vaccine would be compulsory or optional for China’s two million military personnel.

The militaries of major powers are often involved in the research for vaccines as they often have well-resourced research departments tasked with examining bio-hazard threats.

The US Army is also working on a vaccine which it hopes to have ready by the end of the year.

Martin Bricknell, a former Surgeon General of the British Armed Forces who is now Professor of Conflict, Health and Military Medicine at London’s King’s College, told The Telegraph that Covid-19 outbreaks on board US aircraft carriers had demonstrated the threat of the virus to the armed forces.

However, he added: “Any decision by a nation to preferentially vaccinate its armed forces over more susceptible members of its population would be an international signal of its prioritisation of military security over health security.”

No vaccine has yet been approved for commercial use against the illness caused by the new coronavirus, but over a dozen vaccines from more than 100 candidates globally are being tested in humans.

China, which has lost 4,600 people to the outbreak since its outset in the city of Wuhan, is a leading player in the global scientific race.

The Ad5-nCoV is one of the eight vaccine candidates being developed by Chinese companies and researchers approved to be moved into human trials for the respiratory disease.

Two weeks ago, a Chinese drug firm, China National Biotec Group, announced positive early results of a vaccine against the coronavirus, claiming it induced an immune response in 100 per cent of those who were given it.

In Britain, trials are underway at both Oxford and Imperial College Universities, with hopes that the ZD1222 vaccine may be ready for UK citizens by September.

If effective, it would allow people to leave their homes, go back to work, and rebuild the economy.