Skip to content
This post may contain affiliate links for products I recommend. If you click a link and buy something I may receive some compensation. This does not change the price you would pay. 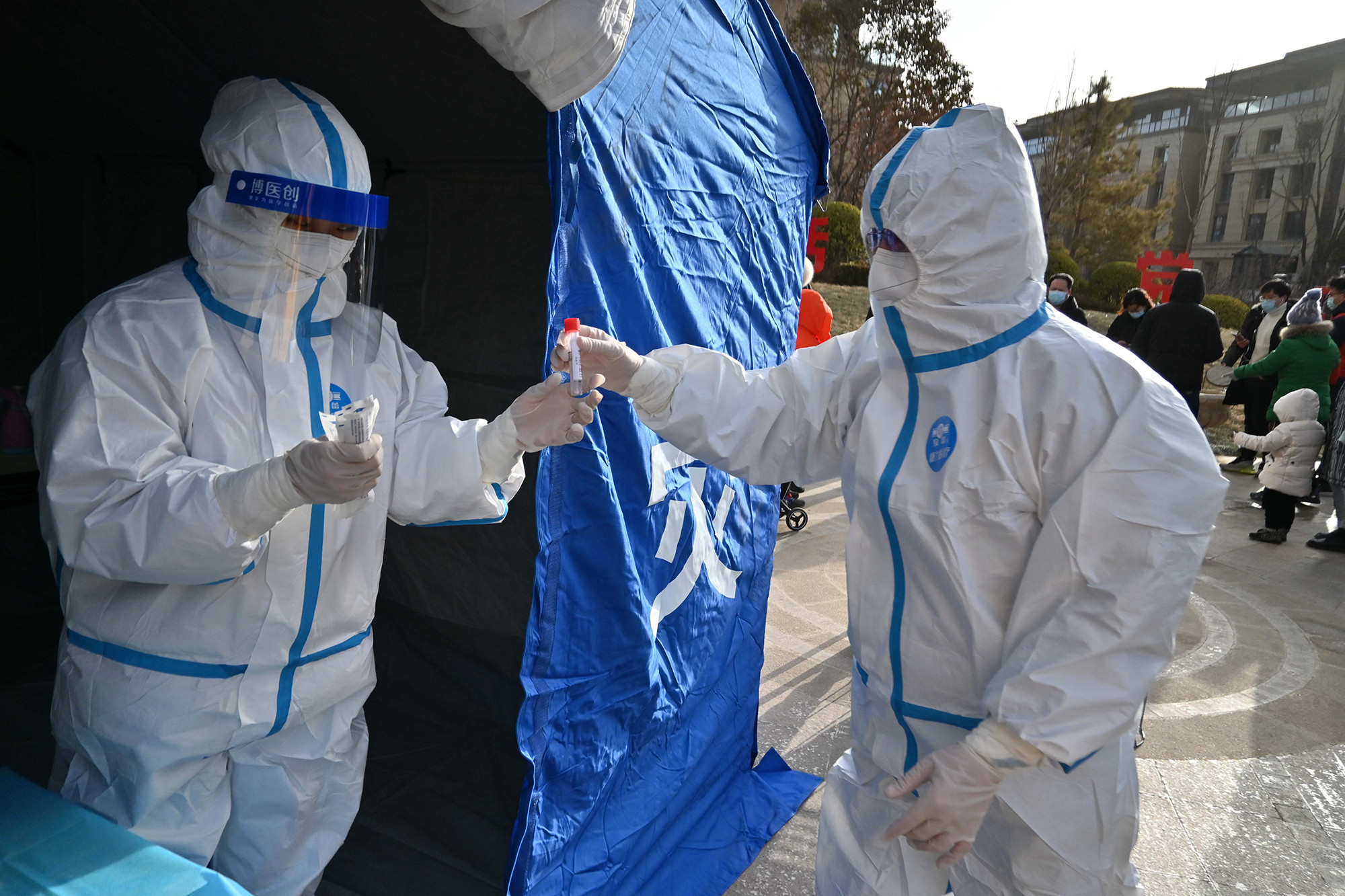 The death late Wednesday during a surge in cases in Shijiazhuang City was the first reported by Beijing officials since May.

While the victim was not identified, she was already severely ill from an unspecified underlying illness, the state-run agency Xinhua News said.

The news sparked panic, with the hashtag “New virus death in Hebei” getting 270 million views on Chinese social media platform Weibo on Thursday, according to Agence France-Presse (AFP).

“I haven’t seen the words ‘virus death’ in so long, it’s a bit shocking! I hope the epidemic can pass soon,” one user wrote, AFP said.

Despite China being the epicenter of the initial outbreak of the pandemic, the latest death this week brings the initial figure of fatalities in the nation to just 4,635.

Workers in protective suits spray disinfectant near a residential area in Shijiazhuang on Jan. 13, 2021.Wang Xiao/Xinhua via AP

So far there have been fewer than 100,000 confirmed cases in more than a year — with almost 80 other countries now reporting more, Johns Hopkins University data shows.

China claims to have mostly controlled the coronavirus through strict lockdowns and mass testing — although it has also been accused of concealing data to hide the true toll.

More than 20 million people have been put under varying degrees of lockdown in Hebei, Beijing and other areas in hopes of stemming infections ahead of next month’s Lunar New Year holiday.

Workers begin to build a medical isolation site that, according to state media, will cover 33 hectares and have room for several thousand people in Shijiazhuang on Jan. 14, 2021.Yang Shiyao/Xinhua via AP

The death was announced as a global team of scientists from the World Health Organization (WHO) finally arrived in Wuhan, the Chinese city where COVID-19 was first detected, to investigate its origins.

However, two of the 15-strong team were refused entry after they tested positive for coronavirus antibodies before leaving Singapore, the WHO said. They are being re-tested in the hopes of continuing the journey.

The rest of the team arrived at the Wuhan airport and walked through a makeshift clear plastic tunnel into the airport. The researchers, who wore face masks, were greeted by airport staff in full protective gear, including masks, goggles and full body suits.

Residents line up to register for COVID-19 tests in Shijiazhuang on Jan. 12, 2021.Mu Yu/Xinhua via AP

They will undergo a two-week quarantine but will “begin their work immediately” by working with Chinese experts via video conference while in quarantine.

It is not clear if they will get to visit the Wuhan Institute of Virology, the lab US officials have suggested could be where the contagion originated.

Know how to make any dessert into a healthy, fat-burning vision that will make you leaner.
Guilt free desserts

If You Can Order A Pizza, You Can Make Money With This System
The 12 minute affiliate system